What can I tell you about apples that you don’t already know? For starters there are so many varieties that if you were to eat a different variety of apple each day it would take you two and a half years to try every variety! I must confess every time I am near an apple display I am always looking for varieties I haven’t tried yet to buy. I’ve been doing this for years and I almost always stumble upon a different apple I have never heard of. I eagerly add it to my basket with excitement and wonder, to see what it’s flavor will be. 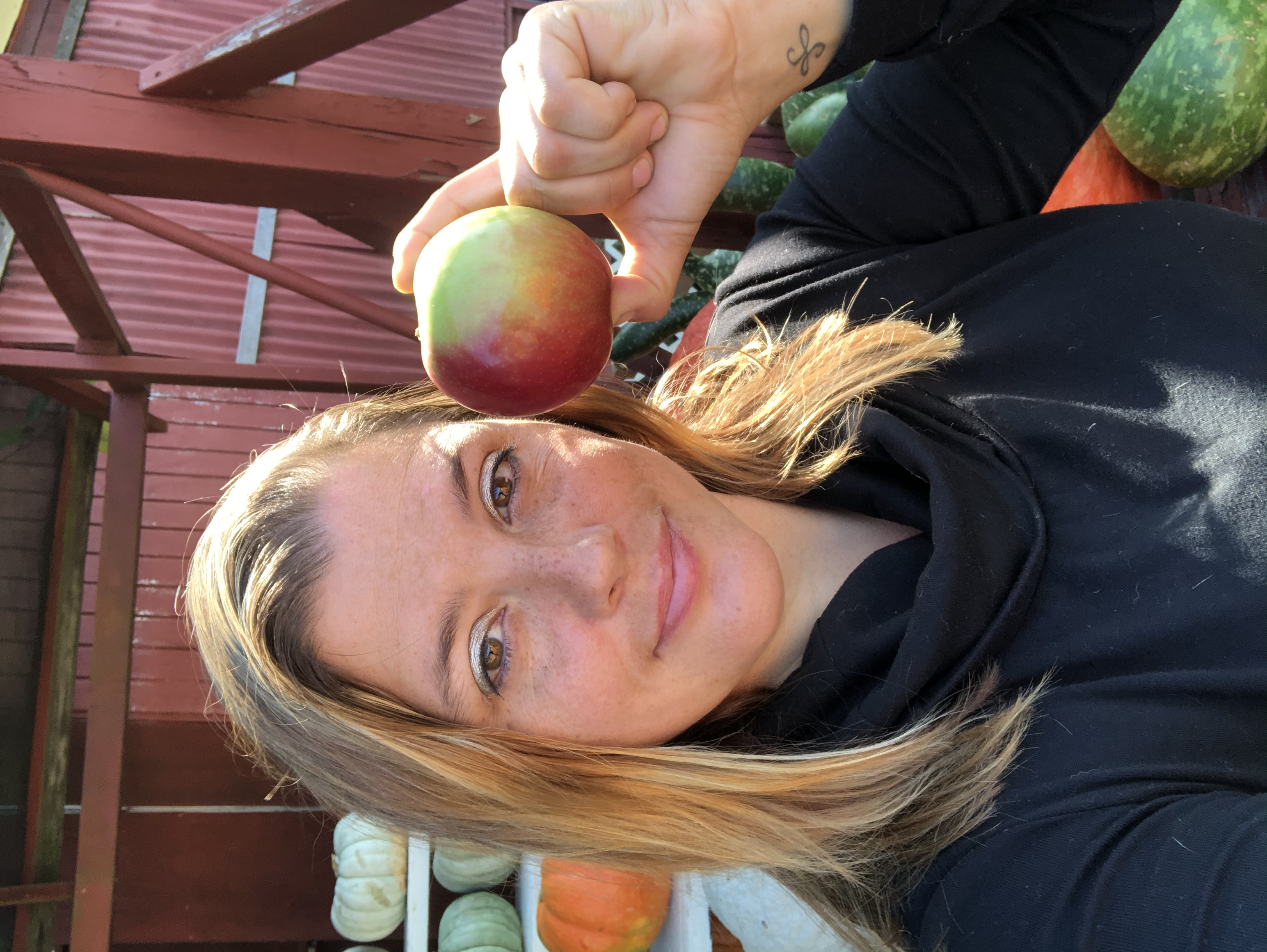 What’s even more fascinating is every variety has a story to tell. It could be the story of how it came to be or even how it impacted our world. Take the Honeycrisp apple for example. Red delicious apples were a favorite apple upon us Americans for nearly 40 years until Honeycrisp came out and very quickly knocked the red delicious off the throne becoming America’s favorite most coveted apple.

There’s stories like the Ginger Gold, this apple’s origin started right here on the east coast after massive hurricane damage. Orchards were flooded out, trees uprooted, pure devastation by many farmers… but in the twisted up rooted trees the Ginger Gold apple was discovered as one farmer searched for anything that survived. The color stood out as the farmer found this yellow toned blush apple in an orchard of all red colored apples. Perplexed and astonished he tried the apple and instantly fell in love with it’s crisp texture and mild sweet flavor with just a light tart finish to the taste. Out of astonishment and love he named the apple after his wife, who’s nickname was Ginger. Talk about a love story that will go on through history!

The Empire apple I love to call a 60’s love child between it’s famous parents the McIntosh apple and the Red Delicious apple. It was created in the 1960’s through traditional plant grafting. I can’t help but to wonder if the creator of this groovy apple was rocking some bell bottoms and a fringe vest as he sought to create an apple that would stand the test of time. You see back then lunch boxes were tin or metal and apples easily bruised. Empire was created to roll around in a lunchbox and not easily bruise. It also was the perfect apple for bobbing for apples! If you're wondering why apples float, it’s because they are about 25% air!

Of course apples aren’t just for snacking, McIntosh Apples are so wonderful for making applesauce there was even a movie made in the 80’s about it. Speaking of movies, remember when actress Gwyneth Paltrow & musician Chris Martin named their child Apple? That child is 17 now, same age as our Cheyenne! More famous apple attributes: George Washington was known for his favorite hobby being pruning his apple trees. Apples were the favorite fruit of the ancient Greeks and Romans. But back to applesauce, John Glenn, the first American to orbit the earth blasted off into his initial space flight carrying with him applesauce in puréed squeezable tubes.

Apples can grow as small as a cherry or as large as a grapefruit. They are fat free, sodium free, and even cholesterol free. Great fiber, vitamins and just roughly 80 calories. Apples ripen up to 10 times faster at room temperature than they do if refrigerated. Apples can be kept in cold storage for up to 2 years! Often apples found at grocery stores were stored for months if not years hence that’s why often they lose some of that flavor, juice and crunch. It’s always best to buy direct from a farmer, orchard or farm stand for best flavor, texture and vitamin content. Of course my favorite place for apples is Cheyenne’s Road Market but off season I love to scour local stores to find the ones I have yet to try, with well over 7000 varieties there’s always something new to discover!